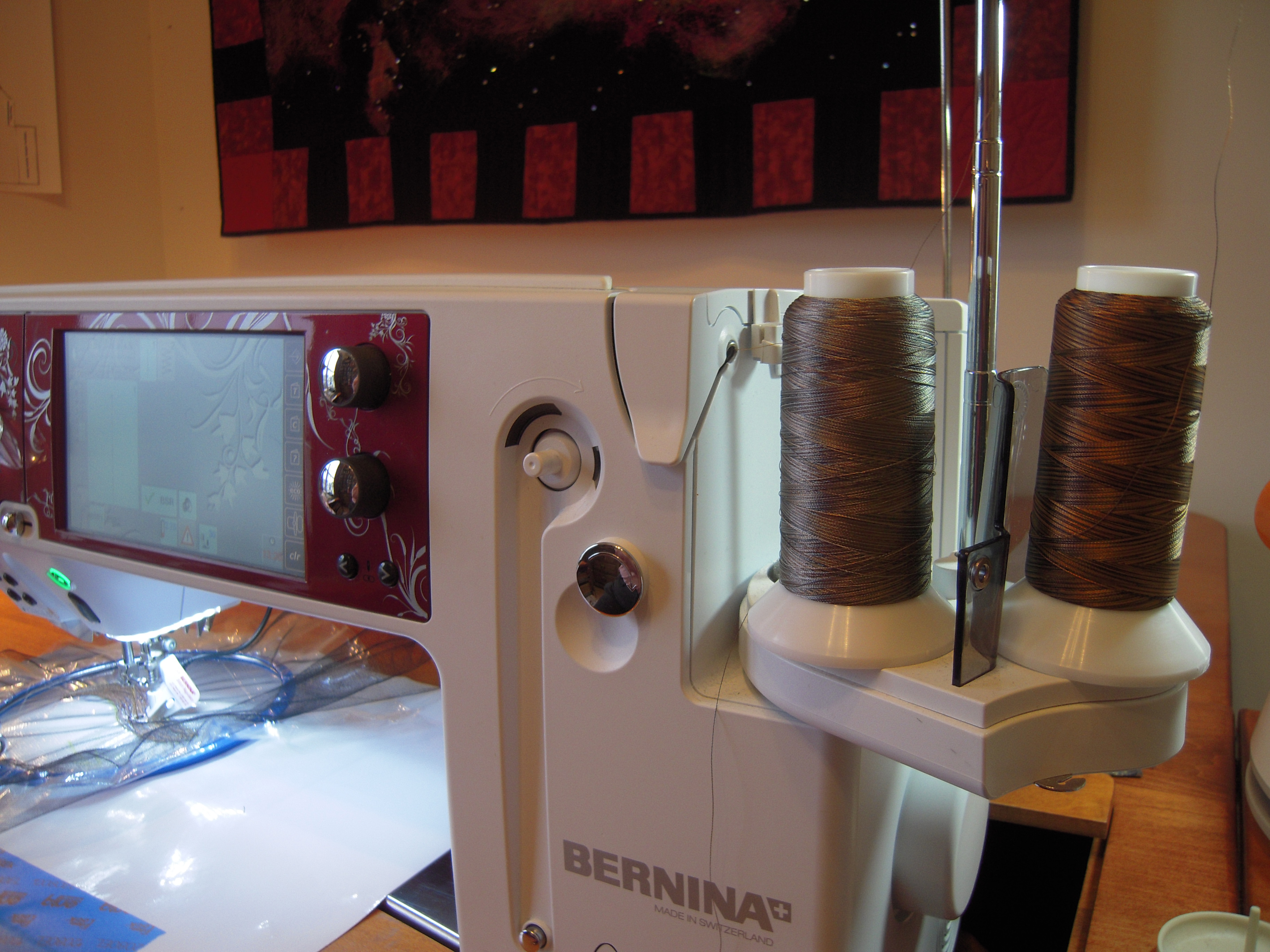 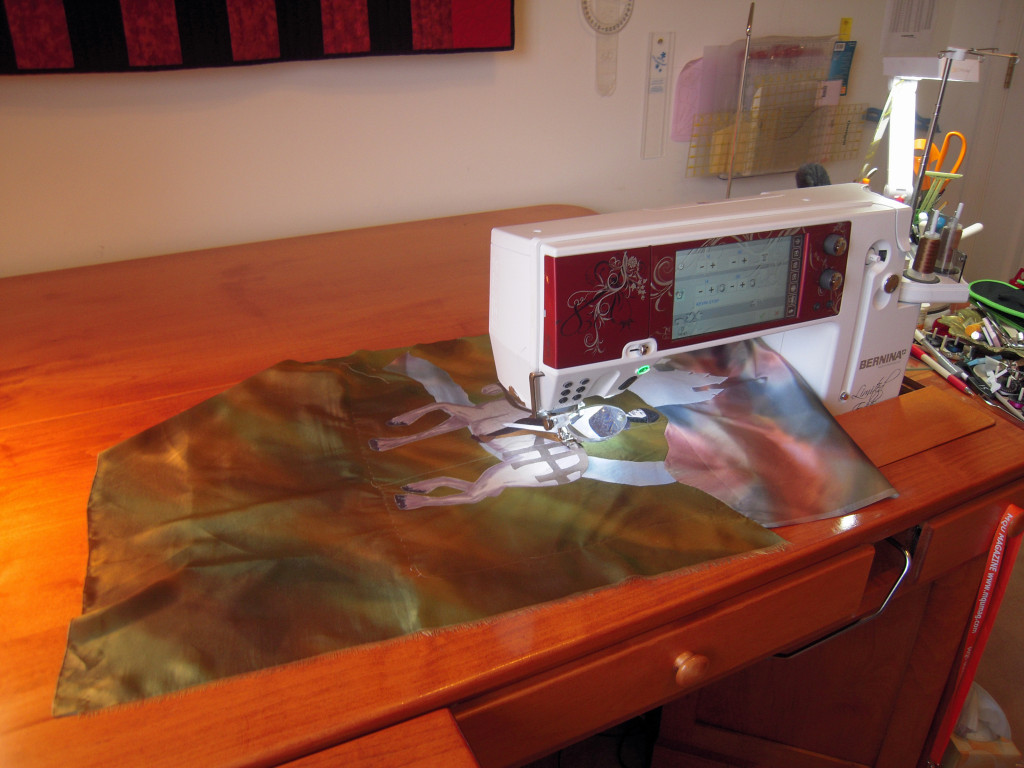 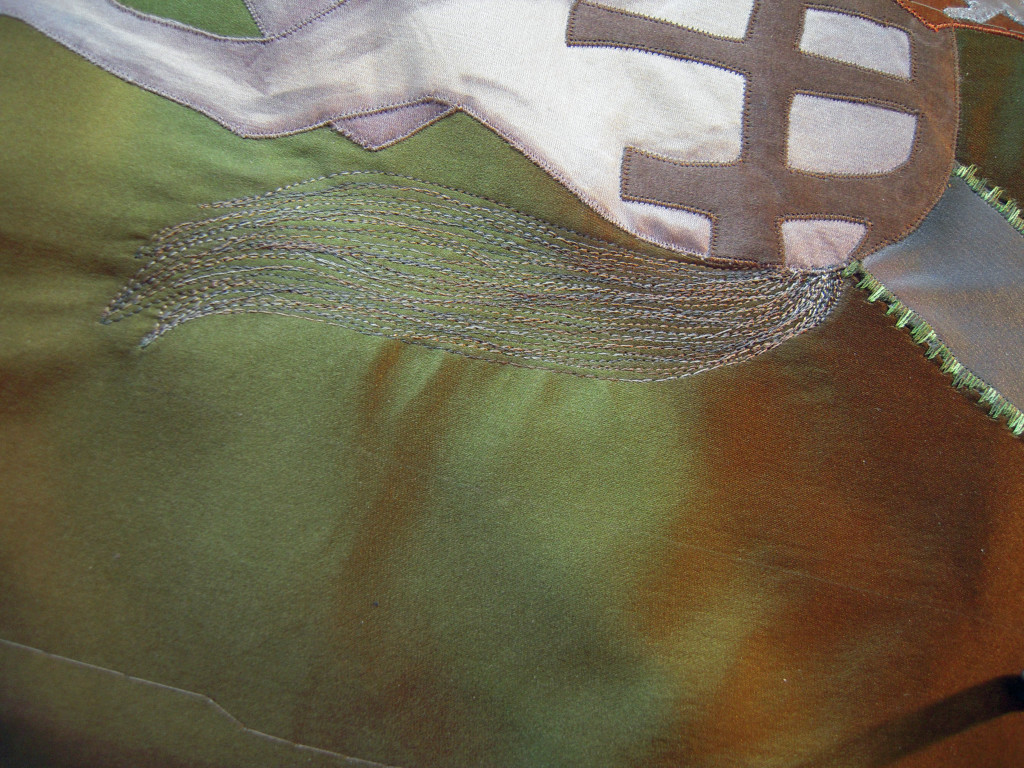 So I decided to layer a new tail over the existing one by stitching one on black bridal veiling.  I layered two layers of washaway clear stabilizer, on which I had drawn the outline of the tail I needed to make, and covered it with the veiling.  Then I put this in my springform embroidery hoop, set up my machine for free motion stitching, 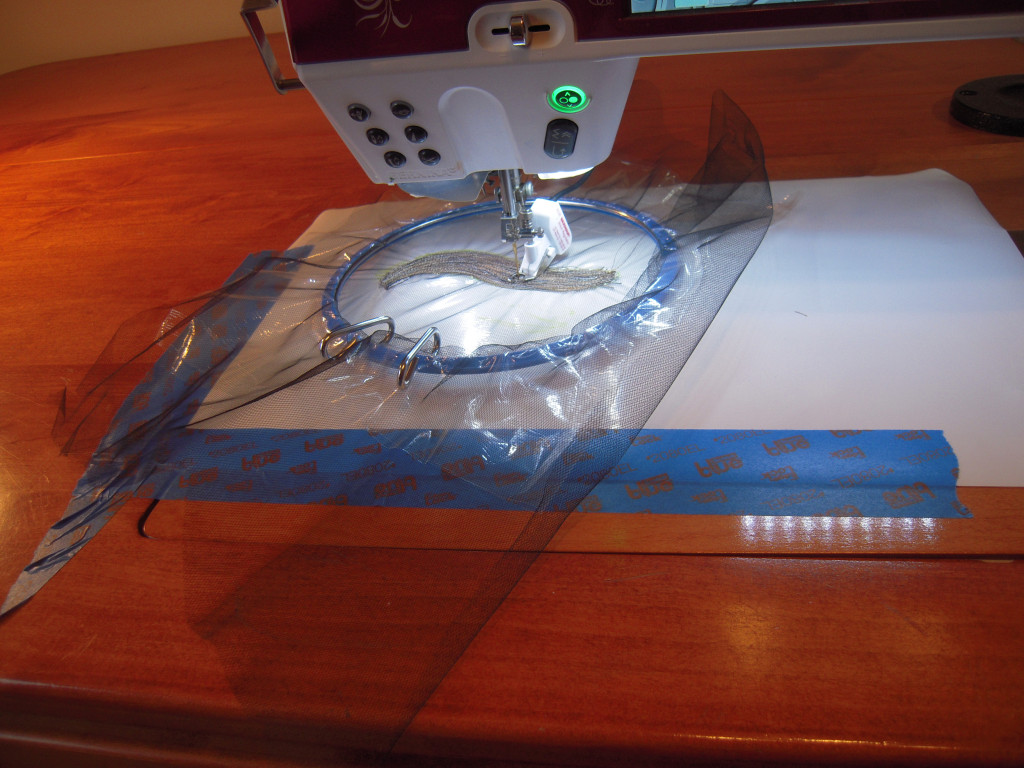 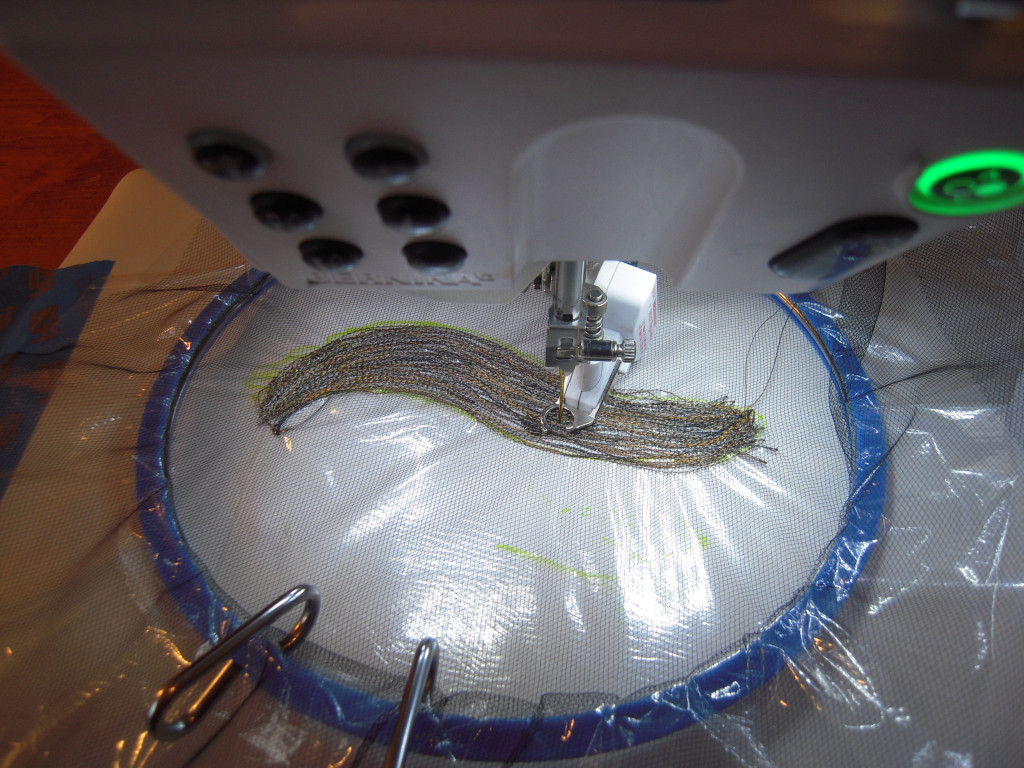 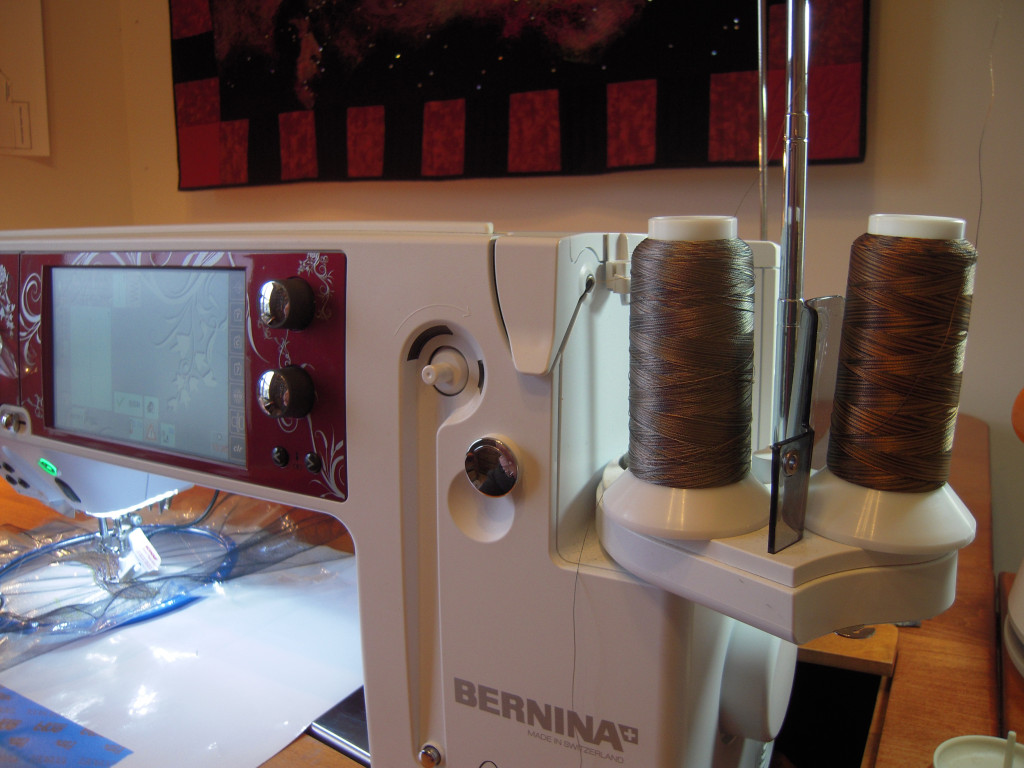 And then I trimmed the veiling applique, soaked off the stabilizer and appliqued the new tail over the old one, using a few more free motion lines similar to those on the tail.  I had to remove only a few stitches from the original ghost tail that did not add to the shape and were outside the appliqued veil tail.  Voila!  A new tail any appliqued horse could be proud of!  😀 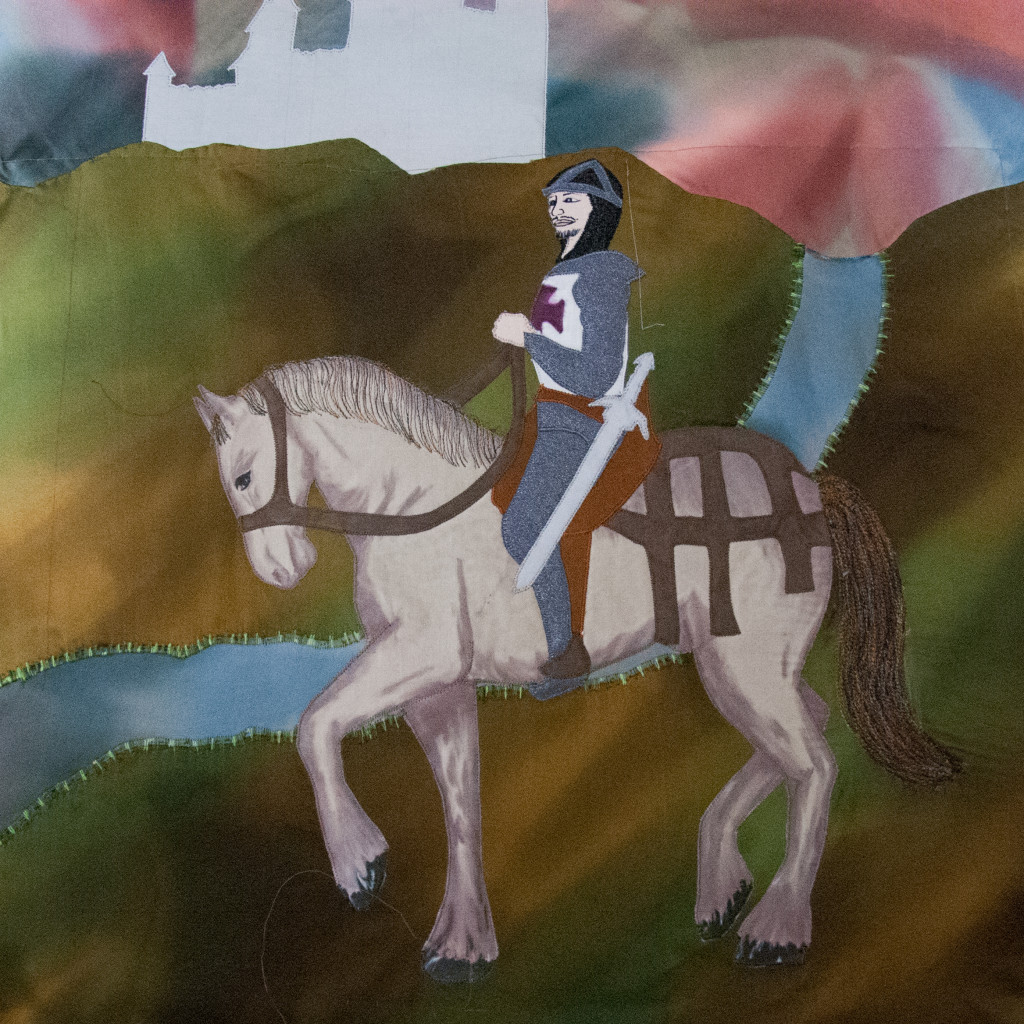 In the process, my little faithful Nikon Coolpix 600 pocket camera that I have used for at least a decade now died.  The motor that runs the lens focus appears to be the culprit.  It would cost me almost as much to repair it as to replace it, if it even could be repaired.  I have carried that little light pocket camera almost everywhere I went since I retired.  I use it to keep records of my work, and to make the photographs for this blog. The picture above of the rainbow threads is the last picture it ever took. (Insert “Farewell to my little camera” aria here–those of you who are opera buffs will understand this reference).  So I have to use my lovely big Nikon D200 camera that is kind fo heavy, and definitely not a pocket camera, until I replace it.  Thank the Lord I have a camera though.

Additionally, I have joined the fun with Ricky Tim’s 52 week photography class.  It is decidedly going to be a challenge for me, and my goal is to come out at the end with some fun photographs, but mostly to really learn to use my camera for artistic purposes.

Sew happy everyone!  Teach someone to sew or quilt or take a picture.  God bless you all!