I cannot quilt a straight line. I am finishing up my Ikebana/Sashiko quilt, which I will now name “Kanazawa Memories” in honor of the wonderful two women–Sensei (teacher) Endo, and Nobu Katagiri–who took me under their wings when I was a young woman all those years ago in Kanazawa, Japan, and taught me how to manage in a Japanese home. Not only did they teach me flower arrangement in the Sogetsu Ikebana School, but they taught me how to take care of unfamiliar parts of the home like tatami mats.

I really hummed and hawed with myself over how to quilt the border, and in the end I decided to stitch five rows of straight triple stitch around the border in earth tone Superior Rainbow thread. I started trying to stitch just a straight stitch, but found it did not lay down enough color, so I switched to the triple stitch. It was so hard to get it straight. I marked it AFTER it was sandwiched, which I am sure was the main problem, so I pulled out a straight ruler that I particularly like and used it as a guide. 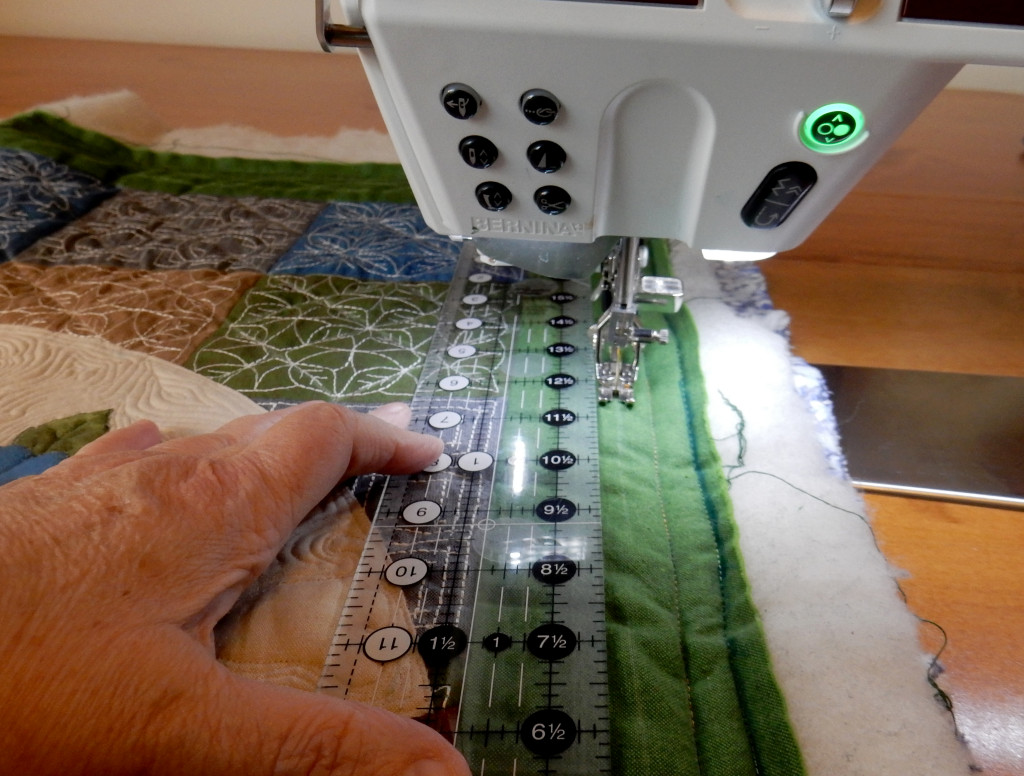 I really found this easy, and the straightness improved, though there were some drifts here and there and things I learned along the way. 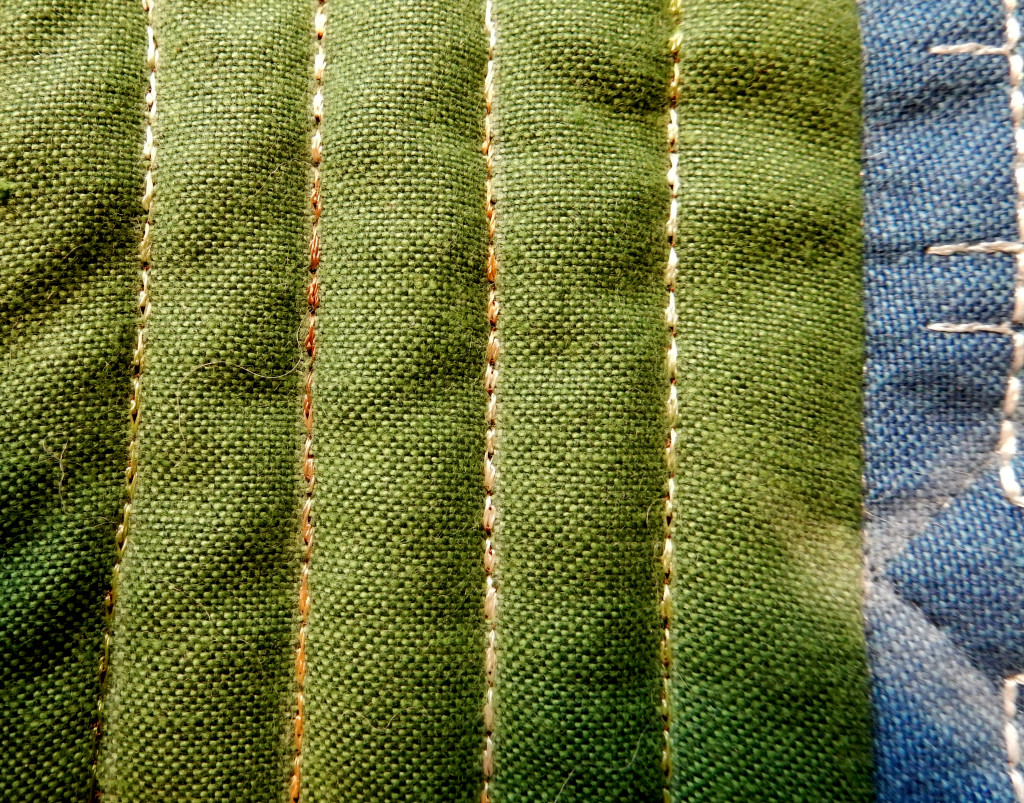 So in the end, I got the rows fairly straight, except a very few wobbles that I MIGHT be able to fix. But I am probably going to remove the border altogether and simply bind the quilt in the same color green. I might leave a narrow border in place, adding a little to the width of the visual green, but not much.

This quilt was never intended to be a show quilt. It was mostly a learning and memory quilt for me. When I get it fully finished, I will, nevertheless, take good photos of it and might try to get it into a show or two so some of my friends who go to certain shows can see it.

In the meantime, here’s a peak at the quilting in the middle. 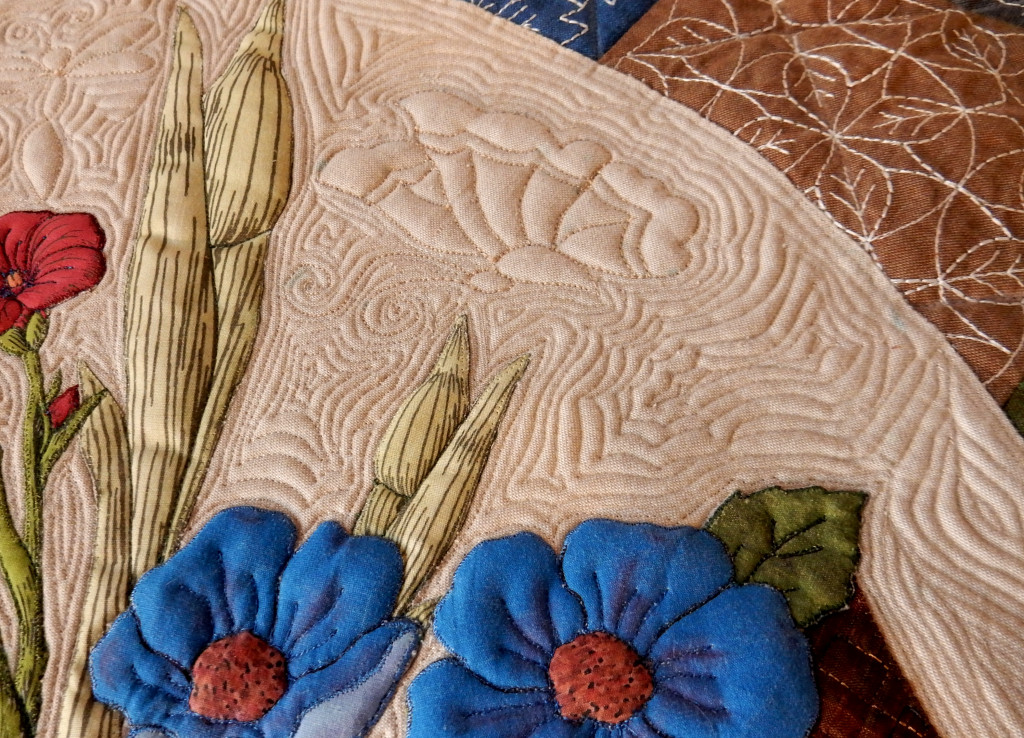 Conclusions: The ruler was extremely helpful and I can use it with my quarter inch foot, as shown (I used it with my 37D foot, which is an exact quarter inch from the needle on both sides, making the lines on the ruler particularly useful). Soft, loosely woven cotton stretches A LOT even with some care. Even if you get the stitching as straight as you originally envisioned it, it sometimes disappoints. All good things to know.

Sew happy everyone. Try a little ruler work with your domestic machine.

6 thoughts on “Getting It Straight”