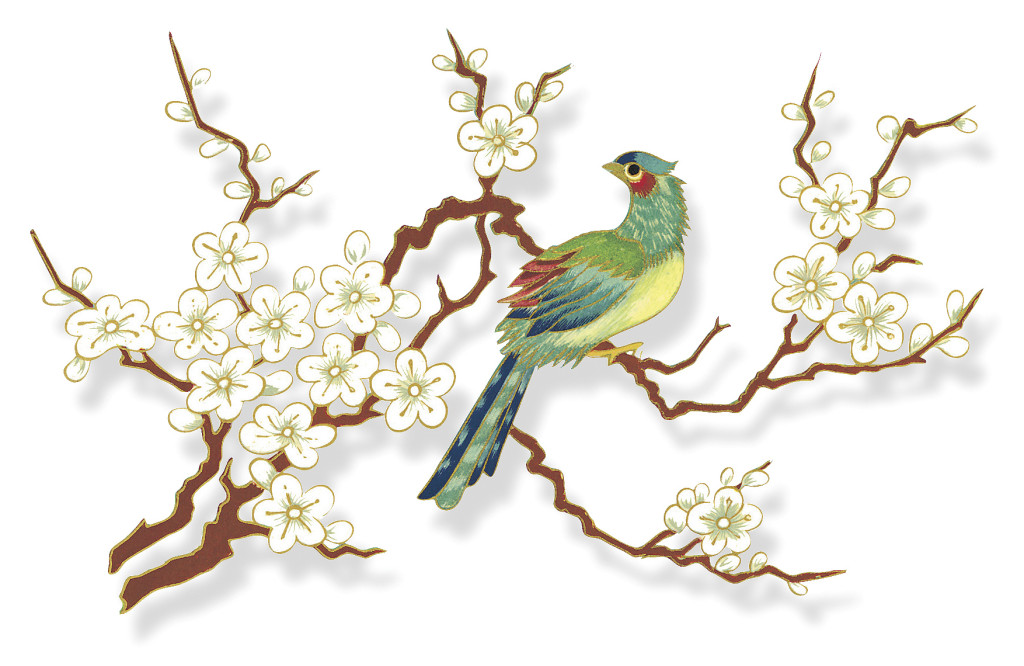 This nice drawing is from Dover’s Chinese Designs. I THINK this MAY be a magpie, but it’s pretty even if it isn’t.  Whatever would I do without Dover!

I have concluded after several years of art quilting that am “a magpie”.  I love light and how it plays across crystals, water, shiny paints, Angelina Fibers, and Metallic Threads.  It seems magical to me.

This week my oldest talented son Ken, who doesn’t share my love of such things, nevertheless rephotographed “Sky Horse”, because even though it has been out in the shows for a little over a year now, I want to show it a bit more and I didn’t think the photos I had of it were adequate.  This is a very difficult quilt to photograph just because of the way the light bounces all around.  I thought he did a really wonderful job, so I thought I’d share it with you. 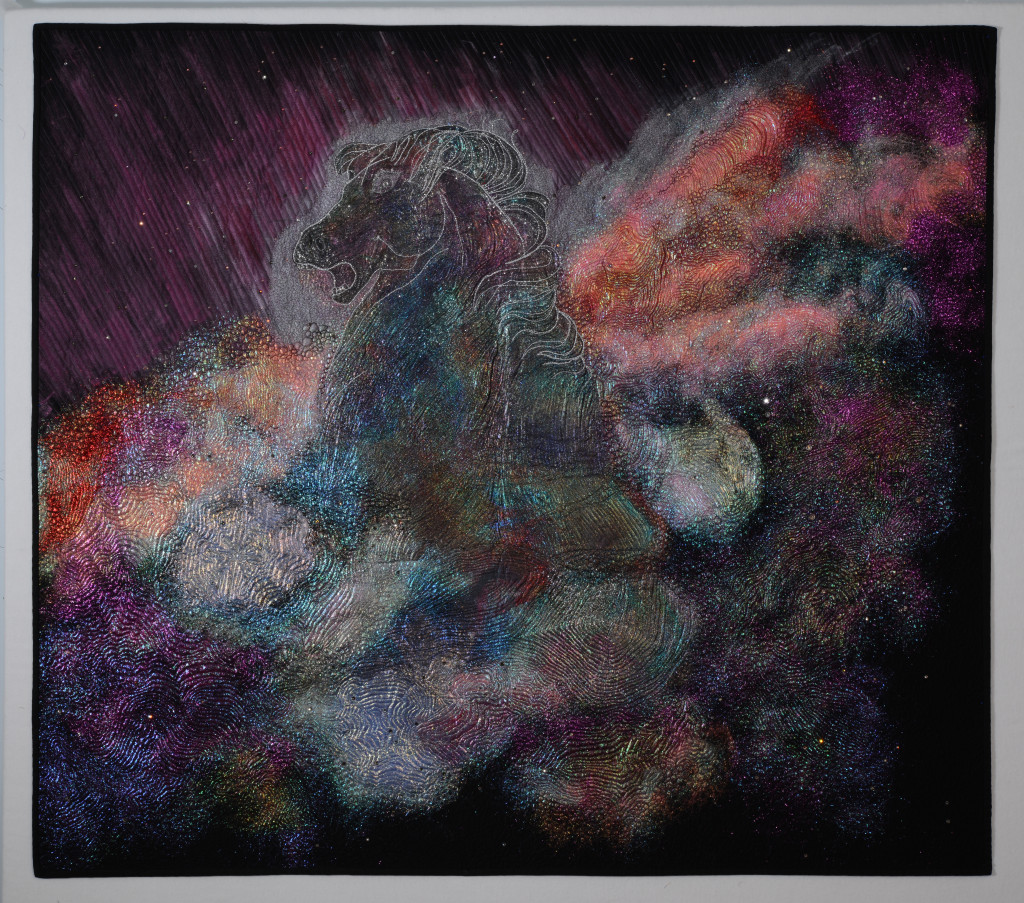 I don’t have sparkles or gold or some such on all my quilts, but I do on a lot of them.  I am planning a new deep space quilt for one of my 2016 show quilts.  I am basing this one on M51 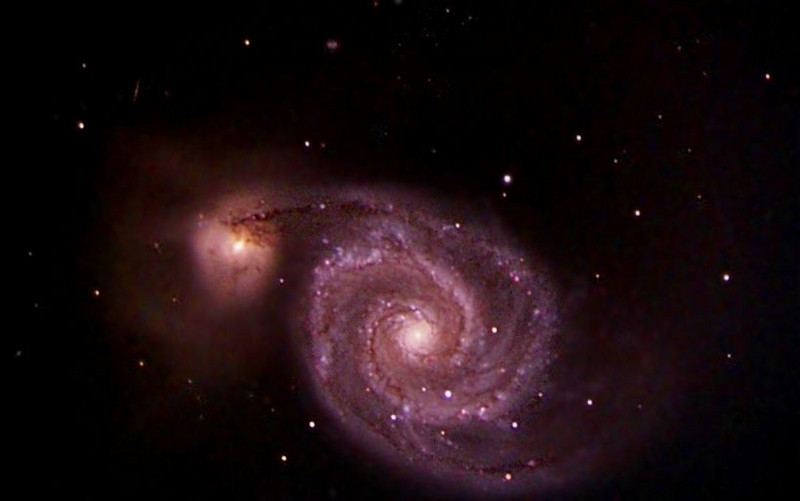 One of the things that inspired me to use a spiral galaxy for my next deep space quilt are these two  photos featured by NASA on their pictures of the day. 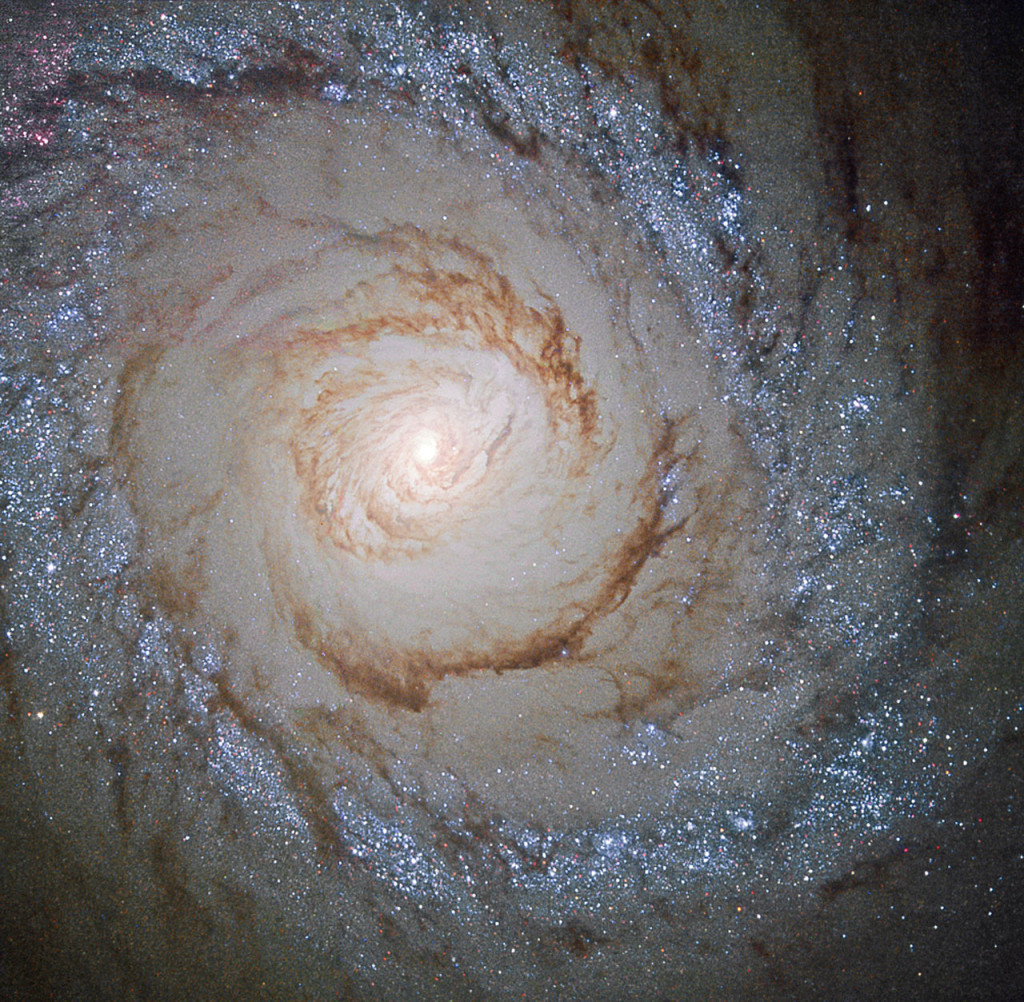 This image shows the galaxy Messier 94, which lies in the small northern constellation of the Hunting Dogs, about 16 million light-years away. Within the bright ring around Messier 94 new stars are forming at a high rate and many young, bright stars are present within it – thanks to this, this feature is called a starburst ring. The cause of this peculiarly shaped star-forming region is likely a pressure wave going outwards from the galactic centre, compressing the gas and dust in the outer region. The compression of material means the gas starts to collapse into denser clouds. Inside these dense clouds, gravity pulls the gas and dust together until temperature and pressure are high enough for stars to be born. 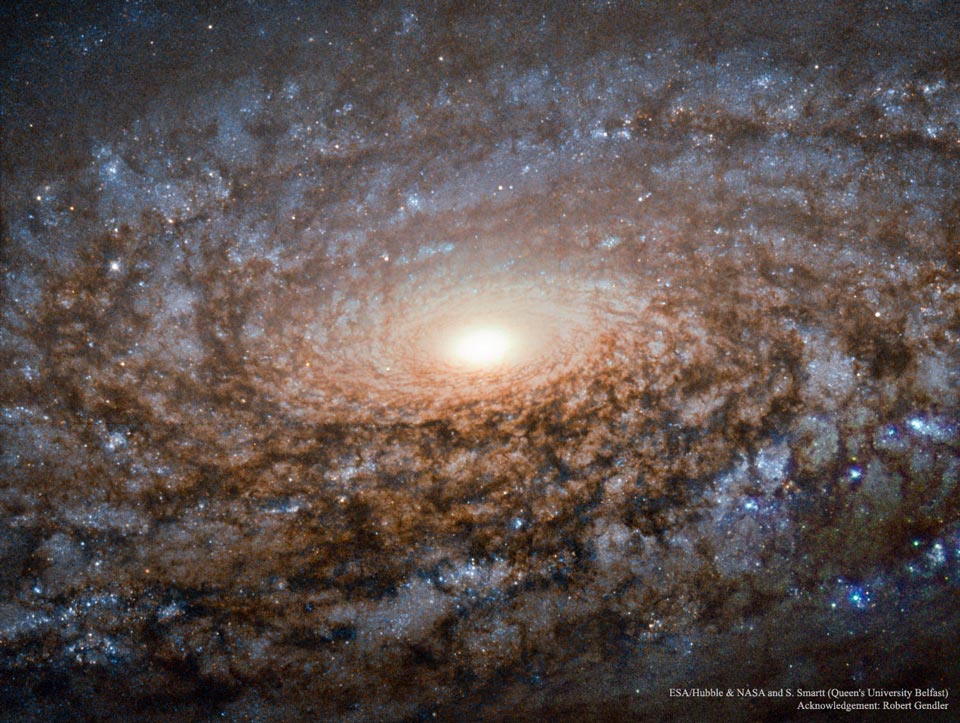 Ken and his wife Beth are into astronomy.  They own a telescope and are part of a star gazing group.  So I have some interest and guidance from them in my deep space quilts even though neither of them particularly like the way I approach them with sparkly Angelina Fibers and crystals.  But we will see what they think of my spiral galaxy quilt when I get it finished.  Sky Horse is not as close to the look of the Horsehead Nebula as I had hoped to achieve, but I think maybe I can get closer to the look of a spiral galaxy.  We’ll see.

I am fairly backed up in my quilt making with some deadlines, so I probably won’t get to this one until sometime in January or February.  Once I improve my technique significantly and feel I can really explain it well, I have plans for sharing how to make one yourself, but not just yet.

Sew happy everyone.  Are you a magpie too?