Hi everyone.  This past few weeks have highlighted some really useful studio tools…some I made myself, and some I purchased sometime in my long sewing career.

As I noted on my last article, I discovered that a persistent thread-breaking problem was not, in fact, my machine, my needles, or my bobbin.  It was a burr that had developed on my 15 or so year old open toed embroidery foot that I had obtained two sewing machines ago.  I could hardly believe it was so old when I added it up. 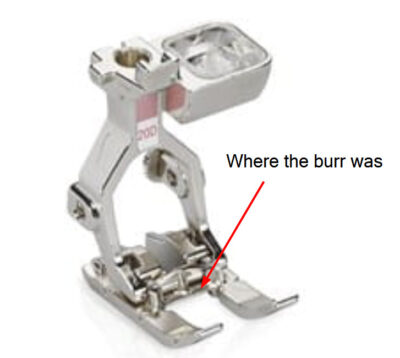 My 20D foot…where the burr was and is no longer.

So today I took out my little Dremel tool that I keep around for special things, and sand-buffed the foot.  Then I tested it with multiple thread types and different stitches.  It did not break anything!  That foot sells for about $56 today.  Nice savings.  I had done the same thing to another foot last year that had developed a burr.  It was an even older one that the one I fixed today!  So the Dremel tool has more than paid for itself, and I have used it in other ways over the past decade. 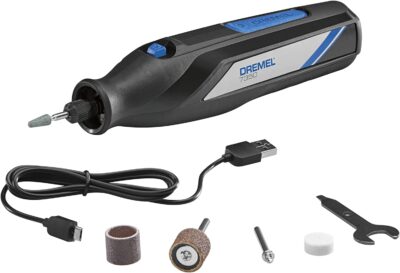 Then there are two reference tools I made myself.  One is the decorative stitch library I have been building over the past six months.  I am working on a wool applique by machine project that uses some decorative stitches.  I have done multiple lines of different stitches in different threads and written the stitch number, any changes I made to the stitch settings, and so forth.  I now have about 10 large “pages” of these stitches.  I was actually surprised how much I consulted them as I was working through the stitch embellishments to the project.  It is very handy to see them stitched out! I am still working on this project and will somehow put them together when I finish. 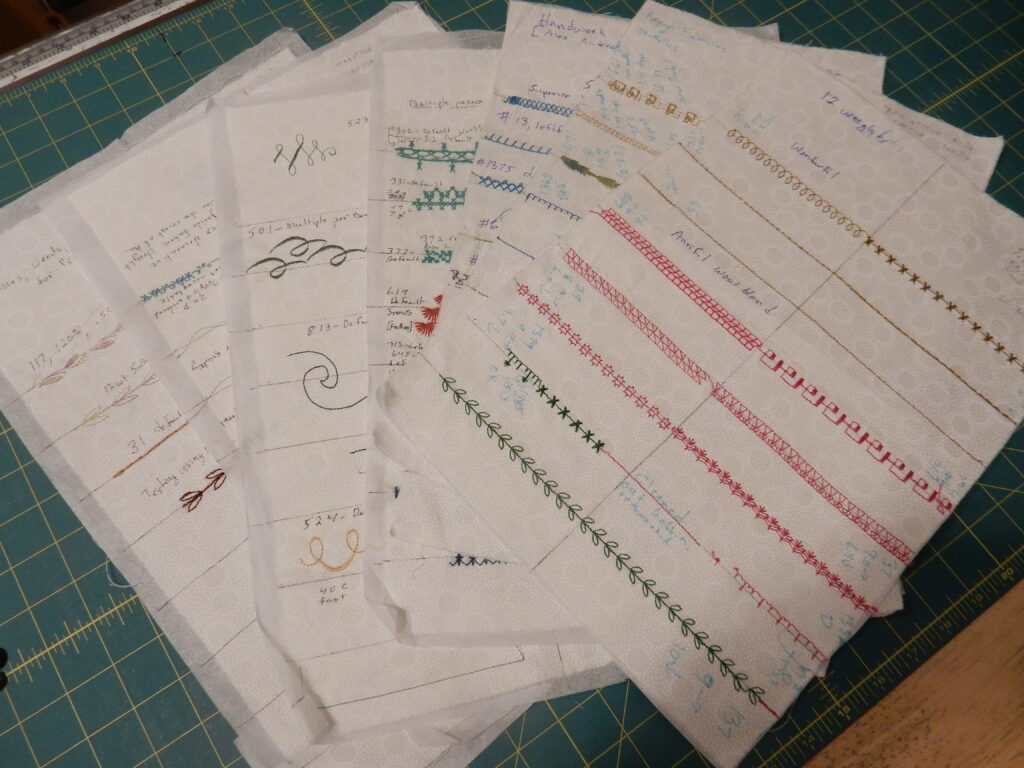 Pages of my stitch library

The second reference tool I used today when I got to the background quilting of my project.  I am using a swirl and curl background, as I call it.  That consists of stippling and curls randomly used together, which makes a nice background fill for this project.  If you look on my YouTube channel, I have a short little video where I show the making of a stippling size reference piece.  This is particularly good when you need to try to keep the stippling the same size throughout the piece,  so I pulled it out and used it for this project.  So handy!  Here’s the link. 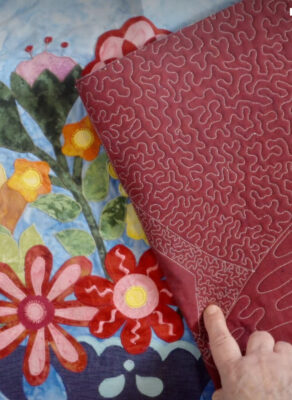 I think I should make more such reference aids, and I plan to.

Then there is my Clover ball-pointed awl that I used to hold the little wool applique and pointed pieces in place when they weren’t sticking so well while I stitched them down.  I use that a lot when I am appliqueing.

The problem with the Bernina foot made me think how much I enjoy using all the different Bernina feet and how much easier they make things or make things come out better.  I do love my Berninas and I have no affiliation with the company.  I am just a fan.  They are all three (B350, B880 plus, Q20 sitdown) wonderful machines (or is that sewing Droids?  You might click on that link and see what I mean).

Sew happy everyone!  Have fun in your studios and make sure your tools are organized and accessible. 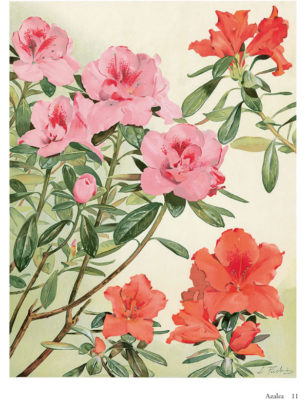 Earlier this week I was working on my new wool applique by machine project that I am filming into two or three videos for my YouTube Channel.  I already had some thread breakage earlier in the project,  but I thought it was a thread type or tension issue, since I was using a 100 weight silk thread, and when I lowered the top tension it stopped (but also made a change in my stitch pattern).

So I went along on my project with no further problems until I changed from my narrow blanket stitch to a decorative stitch that filled the whole stitch width of my 9 mm foot.  I started having thread breaking issues.  I was sure it was the thread itself, since I had moved from the very lightweight 100 wt threads I was using to stitch down the appliques to a 12 weight cotton for some decorative stitching. 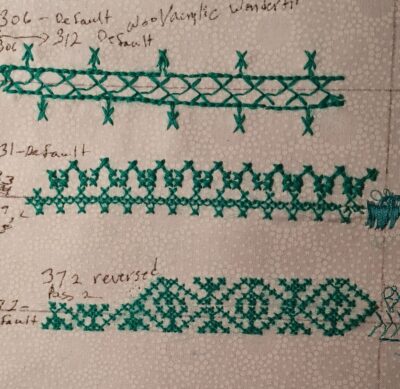 My threads started breaking after the first few stitches.  I cleaned, oiled, and rethreaded.  The thread broke by the third or fourth stitch.  I rethreaded again with the same result and I lowered the top tension.  So I changed threads, and the thread broke right away.  Oh my.  I was sure I was going to have to take Odette (my Bernina 880 plus) in for servicing, and that would be a big delay I really don’t need now.

But just before I was about to shut down the machine in disgust, a still small voice said “try a different foot”.  I remembered then that I had once before had a foot that I had used for decades develop a burr that broke threads.

Sew to my joy when I put on another foot that worked ok for what I was doing and tried it out, no breaking.  I tried it for some time and went on to finish the decorative stitching with the heavy threads I was doing.

Upon close examination of the culprit foot, I found that the right corner had a worn place that is very sharp.  This foot is 19 years old and one I use a great deal since it had fit both two older machines I traded in and my new Odette.  So now I have to either manage to fix the foot with some buffing, or replace it.  This will be much cheaper and easier and quicker than taking my machine to the machine vet for unknown repairs.

Anyway, the point is, it might be the foot if you have been having problems with breaking thread.  So check it out.

Sometimes sewing machine feet, after about 15 to 20 years of use (LOL)  or if it gets in the way if you hit a pin or bend a needle because you forgot to change some setting or some such, need attention.  The last foot I had this problem with was easily fixed with a little buffing with fine sand paper.  I had used it for more than 20 years!  When I am in my studio and having a lot of fun, it is hard for me to realize how old some of my tools have become…even those I bought myself “just a few years ago” (my thoughts).  Indeed, it’s hard to realize how long I have been sewing myself (somewhere around 70 years now since I was five).   If only if I can fix my own creakiness with a little light buffing.  He he he.

Sew happy everyone!  Have fun in your studio! 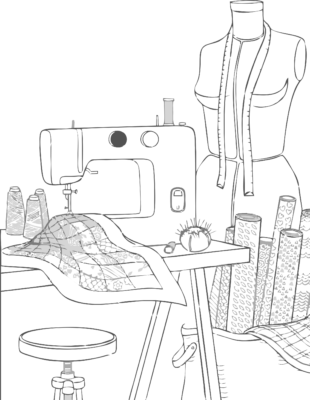 Hi everyone! I have been thinking about my crowded stash and studio tools amassed from decades of professional and personal sewing and quilting. I want to make something special with a lot of them…or maybe strive to build more than one amazing masterpiece project using these wonderful elements. 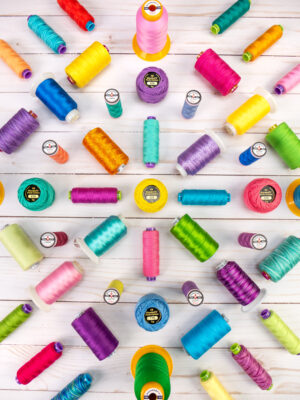 A collection of beautiful threads from Wonderfil.

This idea has been growing in my head for some time now and I have recently had conversations with two fabulous important quilters about this that further encouraged me.  When I couple these elements with  all the interesting things I have been learning about what I can do with my machines, it becomes very interesting indeed.  I haven’t fully decided whether this is exactly going to be a Victorial style crazy quilt or a somewhat different design of my own with a crazy quilt and Victorian steam punk slant. 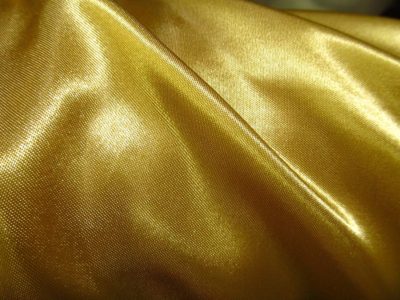 crepe back satin from my stash

Over my many decades of sewing and quilting, I have accumulated bits and leftover pieces of silk palace brocades, satins and dupionis, batiks, velveteens, wools, small bits of fabulous laces, vintage handkerchiefs, pieces of crochet that my Mom left me, small leftover lengths of silk ribbons and other special trims, and a collection of beautiful threads of a wide variety of sizes, fibers, and weights.  To helo draw all of this together are my Berninas…my little B350 with several special attachments, my big Bernina 880 plus with its embroidry module and nice set of feet, and my Q20 sitdown longarm.

Sew, what would YOU do with this collection of elements and tools? 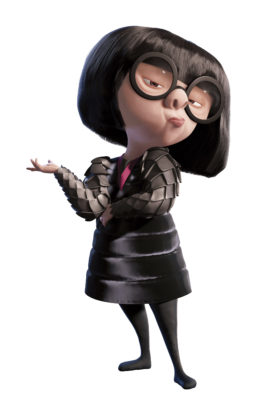 Edna Mode, waiting for an answer as to what to do with all these beautiful scraps and threads and interesting machines.

Sew happy everyone!  Have fun in your studios.